Plant a tree in memory of Darwin
An environmentally-friendly option 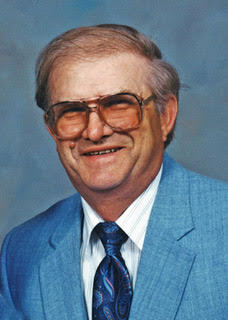 Darwin Windloss, 87, passed away Wednesday, March 10, 2021 at Sanford Health Center in Fargo, ND. A memorial service will be held later this summer. Burial will be held in the Beaver Creek Cemetery.

Darwin “Stub” Windloss Jr. was born August 15, 1933 to H. Darwin and Hilda Windloss.  He was born on a farm in Beaver Creek Township, Steele County ND where he was still living until his recent illness and death at Sanford Hospital, Fargo ND.  He was 87 years old.  Darwin started working on his parents and neighboring farms at a young age.  All who met him knew that he had the heart of a farmer and farming was his life’s passion.   He attended a one room school house and later attended college for a few quarters in Wahpeton and NDSU studying diesel mechanics and agriculture.  In 1953 he was drafted into the Army.  Darwin spent 15 months in Korea with 11 of those months as a squad leader in the 7th Infantry Division.  Darwin returned home after he was discharged from the Army and returned to working on farms, saving all of his money including his army pay to purchase a quarter of land.  Eventually he farmed 2600 acres of his own and rented land.  He continued farming in some capacity up until his death.  Darwin’s life was filled with hard work and service.  He served many years for Beaver Creek Township, Finley Farmers Elevator, Beaver Creek Church and Cemetery and the Bjerke reunion.  He was a Life member of the Northwood VFW Post 2707, The Finley American Legion Post 13 and the Korean War Veterans Association.  He proudly served in multiple capacities and as an Honor Guard for Veterans funerals.  He was a member of a concertina club and an antique tractor club.  He learned to play the concertina at the young age of 70.  He always did what he set his mind to and often referred to himself as a stubborn Norwegian.  When he wasn’t farming he spent several winters working and skiing at resorts in Colorado and Europe.  On November 17, 1989 Darwin married Shirley Holm and they spent 23 years enjoying life on the farm, traveling and attending polka festivals with their friends.  Darwin shared his knowledge, time and love with all who knew him well.  His generous spirit will live on in the hearts of those he has touched and we miss him dearly.

He was preceded in death by his parents, wife Shirley, bother Dale, sister Jean and bother in law Clair.

Plant a tree in memory of Darwin by clicking here.
To send flowers to Darwin's family, please visit our floral store.

A service summary is not available

Plant a tree in memory of Darwin
An environmentally-friendly option

Plant a tree in memory of Darwin

1 tree planted in memory of Darwin

When I heard Stub passed away, a lifetime of memories came to me. I remember. Stub's nephews, in the summer, helping Stub on the farm. Stub's sister Marlys stopped in to visit with my mom and it was always a fun visit, lots of laughter and sharing. Stub and his parents were such good friends. Stub farmed my dad's land when my dad retired. I have many memories of Stub visiting with us over coffee and sharing stories of his travels. I heard from him at Christmas time up until 2 years ago and I wondered how he was. My heart-felt condolences to Marlys and everyone in Stub's extended family.. I'm the daughter of Thelma and Johnny Kleven who grew up one mile from the Windloss farm. Darwin Senior and Hilda were my Godparents. We loved your family and the land we worked together. I wonder who will take over Stub's farm? So many memories on that farm! What a life he had, seeing the world and always coming back to his roots. A good man.
- Sherie Kleven, p.o. box 2113, Post Falls ID 83877

My condolences and sympathies to Darwin's family and friends.   Although he was a neighbor when I was growing up,  I had the good fortune of reconnecting with him in recent years at auction sales, community events, and over a cup of coffee in Finley.  Many good memories of a life well-lived!    Curt Haugtvedt   Sharon, ND

A Memorial Tree was planted for Darwin Windloss

Plant a tree in memory of Darwin