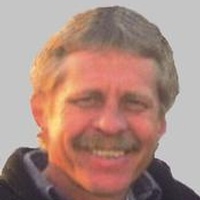 Bill was born February 16, 1961 to William and Mildred (Barta)Bartuska in Grand Forks, ND. He graduated from Central High School in 1979.

Bill worked as an auto detailer for over 30 years and was very proud to have opened his own shop, Bill's Auto Detailing, in 2009, in Northwood. He was currently detailing tractors and combines at Uglem-Ness in Northwood. Moving to their country home in 2003 was a dream come true for Bill and Lori. Bill loved the outdoors: waterfowl and deer hunting, fishing, cruising country roads, always taking the back way, sitting in his Chevy truck with Lori, and watching the sun go down. Bill and Nick had a very special bond and were more like best friends than father and son. No matter what the weather was, they were outside doing something. Walking Brandi down the aisle at her wedding to Aaron in August 2013, was a highlight of Bill's life.

Bill is survived by his wife, Lori; daughter, Brandi (Aaron) Basting, and son, Nick. He is also survived by a brother, Ron(Lynn) Bartuska and a sister, Sharon(Gary) Vechik; mother-in-law, Joyce Nelson; many nieces and nephews, his 4 Labs: Jack, Harley, Abby and Bear; and many dear friends.

Bill was preceded in death by his parents, brother Gary, and father-in-law Gordon Nelson.

In lieu of flowers, memorials are preferred.

To order memorial trees or send flowers to the family in memory of William M Bartuska, please visit our flower store.