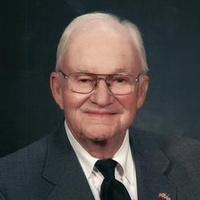 Walter "Teddy Bear" Omang, 91, of Portland, ND passed away Wednesday, February 3, 2016 at Luther Memorial Home in Mayville, ND. Funeral services will be held Saturday, February 6, 2016 at 11:00a.m. at Bruflat Lutheran Church in Portland. A visitation will be held from 9:00 a.m. until the time of the service at the church.

Walter was born June 26, 1924 in Finley, ND to Sever and Thea (??) Omang. At age 4, Walters's family moved to a farm by Hatton. He attended grade school in Hatton and graduated from Hatton High School. Walter farmed with his brother, John and later went into the trucking/gravel business. He also had the Omang Carwash in Mayport and worked at the Portland Liquor Store before retiring in 2002. On April 25, 1970, Walter married Irene Madson. They resided in Portland. Irene passed away November 10, 1997.

Preceding him in death were his parents, Sever and Thea; wife, Irene; brothers: Selmer, Oscar, Thomas and John; and sister, Marian.

To order memorial trees or send flowers to the family in memory of Walter Omang, please visit our flower store.