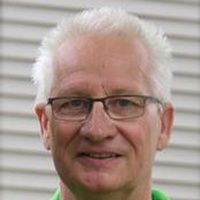 Steven Michael Korsmo was born May 3, 1950 at Northwood, North Dakota to Peder and Beatrice (Sherva) Korsmo. He lived most of his life on the Korsmo family homestead farm, first as a boy and then purchasing the farm home in 1990.

Steve graduated from Northwood High School in 1968 and attended Valley City State University. In 1969, he volunteered for the draft and served his country as a Vietnam helicopter gunner for the US Army.

On September 3rd, 1976, Steve married his true love, Kristi Rostad in Kindred, North Dakota. They had two children, Amy Marie and Grant Steven, who were the additional delights of his life.

In 1972, he went into business with his father and brothers. Steve was Parts Manager for Korsmo Implement and Supply Co. and then continued with his brothers in business for a total of 41 years, having a major role with the farming operation. In 1997 he began to log hundreds of thousands of miles with Korsmo Brothers Trucking. He found great joy in "taking on the trips nobody else wanted," so he could see different parts of the United States.

Steve loved the land; farming it, hunting it, walking it, and he found sheer enjoyment being surrounded by beautiful fields of corn, wheat and beans. He was an avid photographer and artfully captured much of this beauty through the lens, always snapping pictures of his beloved family, immediate and extended. He loved having coffee with family on Saturday mornings at his parent's home, and nostalgically reminiscing about childhood times. He was a big Sioux Hockey fan. Steve was also a "gadget" person and a true "techie."

Another great area of contentment for Steve was to be riding his Harley with the sun on his back and the wind in his face. He was able to go on a riding trip to Texas shortly before his illness. He loved travel and enjoyed many wonderful trips, to include a time in Hawaii with his entire family in March of 2013, a very precious memory. One of his goals was to live to see his first granddaughter born, and he was able to cuddle with Elsie Rose right up to his death. Grandsons Owen and Eli loved to spend time with "papa" on the farm.

Steve was privileged to go on the Honor Flight with his father and father-in-law, both WWII Vets, as well as his brother David. He was so enriched by the experience, he went again the next year as a volunteer to serve other Vets.

Steve shared this in his testimony of faith: "The peace of mind I had of the assurance of who I was in the Lord and the joy of serving Him far outweighed anything that I had felt the world could give me."

Steve died at home on October 15th, 2013 surrounded by the loving presence of his family. He fought a courageous seven month battle with lung cancer, due to Agent Orange exposure.

To order memorial trees or send flowers to the family in memory of Steven Korsmo, please visit our flower store.