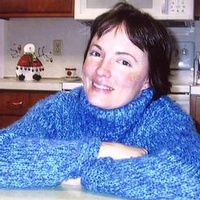 Rebecah Susan Kunz (Becky Lloyd), 50, of Moorhead, MN and formerly of Northwood, ND, went peacefully to her heavenly home in the presence of family on May 28, 2015, at Sanford Health, Fargo, ND. Funeral services will be held on Sunday, May 31, at 2:00 p.m at Ebenezer Free Lutheran Church in Northwood, ND. A visitation will be held on Saturday, May 30, from 6:00 to 7:00p.m with a prayer service at 7:00p.m at the Bilden Funeral Home in Northwood.
On July 16, 1964, Rebecah Susan Lloyd was born to Edward H. and Susan K. Lloyd in Jackson, WY. Becky attended Horace Mann Elementary School, Fargo, ND, and Northwood Public School, Northwood, ND. She graduated from high school in 1982. Becky was a quiet and thoughtful person who received joy in comforting others. She had a love for music, which she often expressed through playing the piano.
After high school Becky attended the University of North Dakota and the University of Wyoming. On December 29, 1984, she married her high school sweetheart Robert (Bob) Kunz of Northwood, ND. Shortly after their wedding, they moved to Seattle, WA. Becky resumed her education at Bellevue Community College and the University of Washington, where she received a Bachelor of Arts degree in Psychology. One year later she received a paralegal degree from Edmonds Community College.
Becky's employment history began at the family business, AGVISE, whose name was created by her. She worked many jobs in the summers and while attending college, but the job that she most enjoyed was at the King County Courthouse in Seattle, WA, where she was a paralegal secretary. Whatever job she had, she performed her duties well and was loved and respected by her co-workers.
On May 6, 1989, Becky gave birth to a son, Dustin James Kunz. She was very proud of D.J.'s accomplishments and the man that he has become. One of Becky's loves was writing. The adoration she had for her son and other family members often appeared in her letters.
Becky was a wonderful daughter, a caring sister, a loyal friend, and a loving mother and wife. She was tremendously compassionate toward people and loved to laugh. While her family and friends find comfort in knowing that Becky is in a much better place and is free from the pains and struggles that this world presents, she will be deeply missed.
Becky is survived by Dustin (son) and Ginger (daughter-in-law) of Helena, MT; Ted (brother) and Jodi (sister-in-law) of Northwood, ND; Derek (brother) and Robin (sister-in-law) of Northwood, ND; and Edward (father) and Susan (mother) of Northwood, ND; and many nieces and nephews.
Becky was preceded in death by her paternal grandparents Edward and Lela Lloyd, maternal grandparents R.L. and Frieda King, and close, childhood friend Daniel Cochran.
In lieu of flowers, donations may be made to the Minnesota Brain Injury Alliance: https://www.braininjurymn.org/donate/donate.php or 2277 Highway 36 West, Suite 200, Roseville, MN 55113, or call (800) 669-6442.

To order memorial trees or send flowers to the family in memory of Rebecah Susan Kunz, please visit our flower store.