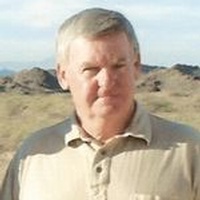 Funeral Services will be 10:30 am, Saturday, March 21, 2009 at Ebenezer Free Lutheran Church in Northwood with burial in McVille Cemetery, McVille, North Dakota.

Visitation will be at the church on Friday from 4:30 pm until 6:30 pm with a 6:30 pm, Prayer Service and one hour prior to services.

Otto U. Tyler was born March 22, 1941 in McVille, North Dakota the son of Otto and Myrtle (Gunderson) Tyler. He was raised in McVille and graduated from McVille High School in 1959. He then attended the University of North Dakota where he received his teaching degree in 1963. His first teaching position was in Oberon, North Dakota for one year and then taught at Border Central School for four years. In 1969 he began his teaching and coaching career at Northwood Public School in Northwood. Over the years he coached basketball, golf and football. In 1985 his football team won the North Dakota 9-Man Football Championship and he was also honored as the State 9-Man Coach of the Year. Otto retired from teaching in the spring of 1999. After his retirement he enjoyed spending his winters in Arizona.
He was an avid golfer and loved sports. He really enjoyed following the University of North Dakota sports programs throughout the year.


The Bilden Funeral Home of Northwood is assisting the family with arrangements.

To order memorial trees or send flowers to the family in memory of Otto Tyler, please visit our flower store.