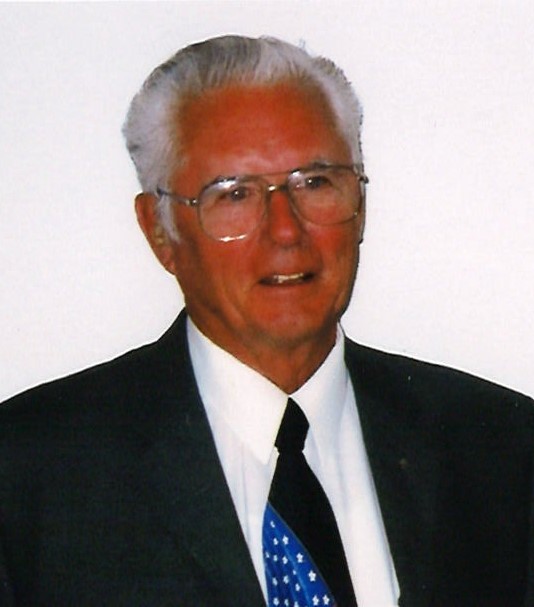 He was born October 18,1929 in Pelican Rapids, MN to Nils and Marie Meland. His family moved to Bemidji and graduated from high school in 1947.

He attended Bemidji College and enlisted in the Air Force in 1948 and served 2 years. He was Honorably discharged at the rank of sergeant as a draftsman at Cape Canaveral Missile Base. In the fall of 1951, he moved to Northwood to help his dad in his business, Meland Lumber Company. He met the love of his life, Audrey Sheggerud, while in church choir and were wed August 30, 1952.

He continued his work in building the Meland Lumber company, expanding it to Larimore and Cooperstown with his brothers. He served as president of the ND Retail Lumber Dealers Association and was also the President of the Northwestern Lumber Association. He was recognized as the ND Retailer of the Year by the NDRLA. After turning Meland Lumber over to two of his sons, he went to work for Walrath Bean company. He served as Exec Sec of the North Central Bean Growers Association. He taught Sunday school for over 20 years and was Scout master with the Northwood Cub and Boy Scouts. His civic duties included city council, served on the Northwood Deaconess Hospital Board as a trustee and President. He was very active in the American Legion.

His primary enjoyments in life were his family, his lake home, and his AZ home. He was usually the life of the party,

wherever he was. He had a great time with his Northwood buddies, going on fishing trips to Northern MN, and Canada. However, his favorite times were to entertain his children and grandchildren, and great grandchildren. It was of utmost importance that his family know the Lord and have a personal relationship with Jesus Christ.

To order memorial trees or send flowers to the family in memory of Noren Meland, please visit our flower store.