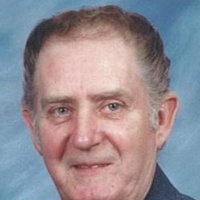 Neil Ellsworth Dennis Bjerke was born October 7, 1937 at Hatton, ND to Oscar and Augustine (Beck) Bjerke. He was baptized and confirmed at St. John Lutheran Church in Hatton. Neil attended Hatton High School and enlisted in the United States Navy at 17. Neil was on destroyers in the Navy: The Harvestion, Lansing and the Maddox. He served as a radioman, which he was very good at. As the years went by, Neil became an Electronic Technician in the Navy. He traveled all over. He would stop at numerous ports, doing repairs for ships and entertainment for the sailors, providing relief from the ocean. Neil was in Vietnam on the Maddock for 9 months. He was also on land duty, patrolling the rivers, which was also very dangerous. On February 4, 1961, Neil married Wanda Johnson in Crookston, MN.

Neil retired from the Navy in 1974, after 20 years of service. After the Navy, Neil worked many jobs. He was the caretaker of a cemetery in Moorhead, Concordia, which he enjoyed. He then went on to work at Elim Nursing Home and then to work at the Post Office.

Preceding him in death were his parents; son, Larry; sisters: Joann, Faye and Pam; and a baby brother.

To order memorial trees or send flowers to the family in memory of Neil Bjerke, please visit our flower store.