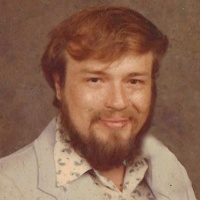 Larry (Wayne) Monson was born May 26, 1948 in Northwood, ND to Hazel (Nygaard) and Norman Monson. He grew up in rural Hatton and attended school in Hatton. He later attended Mayville State and graduated from Aakers Business College. On November 2, 1970, Larry married Myrna (Hanson) in Aberdeen, SD.

Larry was known for his quick wit and his ability to fix anything. He spent much of his life in Northwood working as a mechanic and farmer, but also enjoyed tinkering on projects. Some of his favorite pastimes were hunting, fishing and spending time with his family. He was very proud of his children, grandchildren and great-grandchildren.

He was preceded in death by his father, Norman, his mother, Hazel, his very special uncle, Alvin and grandson, Claire Erickson.

To order memorial trees or send flowers to the family in memory of Larry Monson, please visit our flower store.