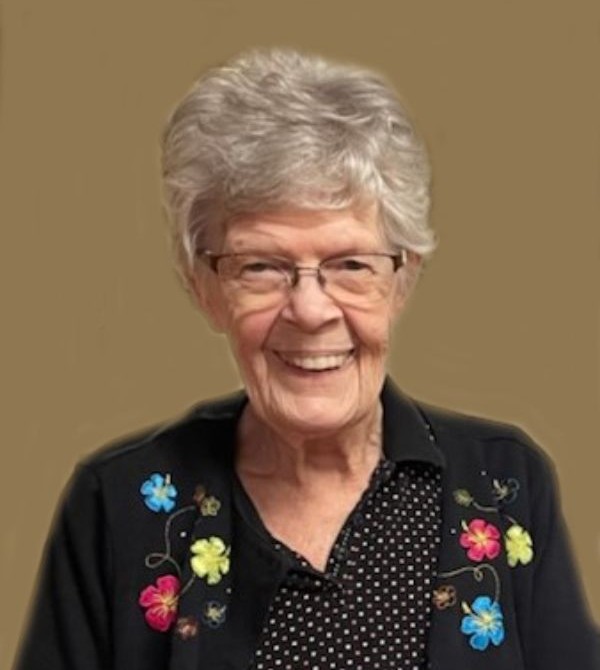 Joanne Lusty was born June 14, 1932, at rural Bemidji, MN, near Solway, MN. She was the 5th child of William and Sophia (Rice) Lusty. At the age of 3, they moved to rural Mentor, MN. She attended LaBelle country school through 5th grade and then went to school in Mentor. Joanne was confirmed in the Mentor Lutheran Church. Her family moved to Oslo, MN and she graduated from Oslo High School in 1950. After graduation, Joanne moved to Aneta. She attended hairdressing school in Fargo in 1951 and worked in hair salons in Mayville and Aneta throughout the years.

In 1951, Joanne married the love of her life, Freeman Johnson. She became a farm wife and raised her family in Ora township. Randall in 1953, Jeffrey in 1955, Mary in 1961, and Nancy in 1963. Her nephews, Jon and Joe Lusty, lost their parents, Gorden and Bev (Berman) Lusty, and came to live with them in 1976. All the children graduated from Aneta High School. Freeman passed away in 2003 and Joanne continued to live on the farm for 10 years before moving into an apartment in Aneta in 2013.

Joanne taught Sunday School for 25 years and served on the Sundahl Church Council as treasurer and financial/secretary. She wintered in Texas and Arizona for 28 years. Joanne’s faith in the Lord was strong and she was witnessing to people right up until her death. She was active in the Aneta American Legion and Silent Hill Cemetery Auxiliary, homemakers, and other community activities. After her children grew up, she started Joanne’s Wearable Art and attended many craft shows.

To order memorial trees or send flowers to the family in memory of Joanne Johnson, please visit our flower store.