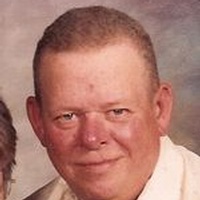 Funeral Services will be 2:00 pm, Wednesday, January 28, 2009 at Ebenezer Lutheran Church of Northwood with burial in Northwood City Cemetery.

Visitation will be at the Bilden Funeral Home on Tuesday from 5:00 pm until 7:00 pm with a 7:00 pm Prayer Service and one hour prior to services in the church.

Jerome Joseph Carroll was born May 18, 1949 at Northwood, North Dakota the son of Edward and Ruth (Nubgaard) Carroll. He was raised at Logan Center attending school there until it closed and then attended school in Northwood. He then began farming on the family farm. On November 5, 1976 he was united in marriage to Sherry Marshall in Grand Forks. They made their home in the Logan Center area and in 1982 moved to the Carroll family farm where they have since made their home.
He was a lifelong member of Ebenezer Lutheran Church. Jerome also enjoyed fishing and hunting. One of his greatest joys was spending time with his family, especially his grandchildren.

To order memorial trees or send flowers to the family in memory of Jerome Carroll, please visit our flower store.