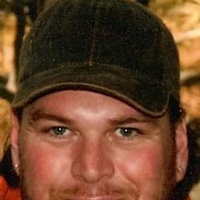 Jason Jay Anderson, 36, of Grand Forks, ND, died unexpectedly in his sleep on Thursday, October 29, 2015. A memorial service will be held Tuesday, November 3, 2015 at 12:00p.m at Northwood Evangelical Lutheran Church in Northwood, ND. A visitation will be held from 10:00a.m until the time of the service at the church.

Jason was born May 12, 1979 in Bismarck, ND to Jean and Fred Richards. He grew up in Bismarck with his younger brother, Josh.

Jason started working for Burlington Northern Santa Fe in 2003 and became an Engineer. He worked out of Bismarck, Mandan, Williston and Grand Forks.

On February 29, 2008, Jason married Kami Kappedal on a beach on the island of Kauai, Hawaii. They made their home together in Bismarck, ND. They became parents to Max in 2012, and Jason wanted that little boy to have everything in the world. He liked nothing better than to shop for things for Max. Jason was so dedicated to giving his children the best possible life, that in 2014 Kami was expecting their second child, he made the decision to leave Bismarck for Grand Forks, to be closer to the family who loved and supported their family. They moved to rural Grand Forks in May 2014 and Jayci Jo was born in August (JJ, like her daddy).

He was preceded in death by his wife, Tanya and his mother, Jean Richards.

To order memorial trees or send flowers to the family in memory of Jason Anderson, please visit our flower store.