James “Jim” Sullivan, 86, of Northwood, ND, passed away peacefully, surrounded by his children, in his home on Monday, March 8th.

Jim was born on August 20, 1934  to Harold and Leona Sullivan. He grew up and went to school in Larimore, graduating from Larimore High School in 1952. After graduation, Jim enlisted in the Army and served in the Korean War from 1953-55, entering as a Private and being discharged as Corporal.  When he returned from Korea, he worked for Great Northern Railroad and as a Core Driller for Sprag and Henwood. In 1958, Jim started his career in the United States Postal Service serving as clerk and postmaster, but later as a Rural Route Carrier, retiring after 38 years.

Jim was known for his sense of humor, strong Catholic faith and willingness to lend a hand whenever help was needed. He was an active member of AA for over 36 years. He was passionate about hunting and fishing. His time on the lake, in the deer stand or walking shelterbelts was when he was happiest. He adored his family and would always bring a smile and laughter to a room whether it was with the stories of his life, a good joke, or a funny card during the holidays. His grandchildren and great-grandchildren loved listening to the tales of Grandpa Jim.

Jim was preceded in death by his parents, wives Marcia and Carol, son’s Mark and Michael,  brother Ben and sister Mary.

To plant memorial trees or send flowers to the family in memory of James "Jim" Sullivan, please visit our flower store.

A photo was added for James "Jim" Sullivan 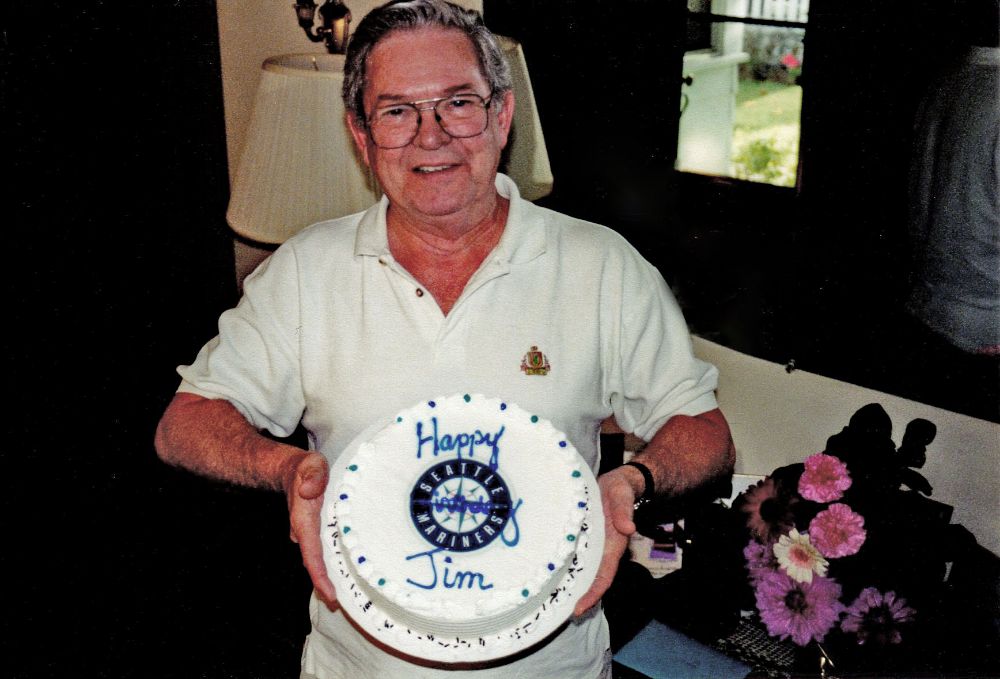 What a guy!!! I had so much fun working with Jim. He was always joking and had a good (colorful) story to share. Jack was telling me how he would finish the mail route and then show up in a white shirt to help with the Shide farm work. He made my life richer. I am so sorry for your loss. Jill Morseth

Jim was the sweetest rural mail carrier. As a young kid, I would wait for him to deliver mail at the end of the long drive way. He often offered a lifesaver. Sympathy from our family to yours.

Prayers for the family & friends. Thanks Jim for your service to our country and Thanks for being part of our sobriety.

My sympathies to the Sullivan family.
Jim was a friend to our family as well. For many years he would help with harvest after his mail route. He loved to drive combines, and was very good at it. He would always wear a clean white shirt, buttoned to the top to keep out the dust. He had a very uplifting personality and I am glad to have known him.

My sincere sympathy goes out to the family of Jim. He was always very enjoyable to be around and an
all around great person. He will be greatly missed by all.

Our very deepest sympathies to Sullivan family. Jim was not only an old friend, but a father-figure. Jim was such a wonderful & dependable friend, that can never be replaced. I was so proud and happy to serve as best man at Jim & Marcia's last wedding. I remember the priest leaving doubt if they were ever divorced?!? Of course, we joked about that for quite a while. Of course, the jokes were always plentiful when Jim was around. Jim gave everyone he met such a classy & wonderful model on how to face life & overcome anything. Lessons that will not be forgotten. Many will grieve with the family for losing such a remarkable man. Until we meet again Jim. Jerry & Judy Fladeland

Jodi, Shawn and family
My deepest sympathy in the loss of your Dad Jim. He always had a smile and was so kind to all that he met. I know if my brother Jon was still with us he would be so sad, Jim and Shawn always took him hunting with them and he loved every minute of it. May you smile every time you think of your dad, he was one in a million.
Anita Farrell and family.

Although words won't ease your pain, I am so very sorry for your loss. Having lost our Dad 2-years ago this month and now Jim, I understand the pain and sorrow you are feeling right now.

Jim was apart of our family as well, we all loved him dearly and will miss him.

I am so honored and grateful that I got to meet Jim, that we had the opportunity to know him and that he was apart of our family for the 10 years he was married to our Mom, Carol, from 1992 until she passed away in 2002 (of course he was still apart of our family...from a distance).

I was sad when Jim moved back to North Dakota in 2003, I understood that's where you were and it's understandable that he wanted to go back there. I saw him in 2005 when I went back for my Grandma Svea Wood's funeral and he came out to Seattle for my brother, David's 50th (2008) & 60th (2018) birthdays.

Thank you for sharing him with us! He was a wonderful person and will never be forgotten.

Rest in Peace Jim! While I'm glad you are no longer in pain, I love you and will miss you until we meet again.

Our deepest sympathy to all of you. Jim was the best and I always enjoyed time spent with him having coffee and donuts or just coffee if it was my house. He will be deeply missed by many.

Show More Entries
No service information has been added.