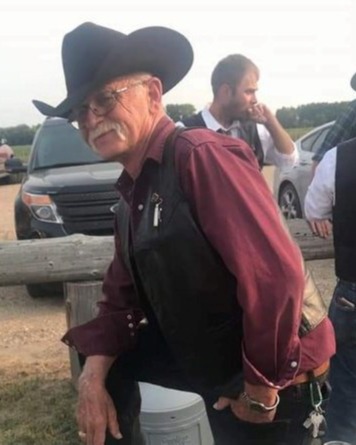 Ervin Skeldum was born May 30, 1947, in Jamestown, ND to Ervin and Margaret (Scranton) Skeldum. He grew up in the Woodworth/Jamestown area and graduated from Jamestown High School. Ervin joined the United States Army and after the Army, he worked as a ranch hand. He married Sharon Hayen and they had three children: Christopher, Michael, and Victoria. They lived in Beaver Dam, WI, Jamestown, LaMoure, and Cogswell, ND.

Ervin then married Barbara Topp and from this marriage, a son Corey was born. They lived in Jamestown before moving to College Station, TX, and back to Jamestown. He was then married to Darbra Kramer, and children Amber and Kevin were born. They lived in various places including Jamestown, McLaughlin, SD, and Hatton, ND. Ervin then married Hope Olson and Kelsey, David, and Courtney were born. He then married Phoebe Petronilo and is expecting a son next month. He enjoyed playing pool, shooting and collecting guns, and archery. He also loved driving truck, which he had put on over 5 million miles.

Ervin is preceded in death by his parents.

To order memorial trees or send flowers to the family in memory of Ervin Skeldum, please visit our flower store.