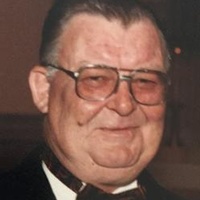 Dwayne G. Mehus, 70, of Hatton, ND passed away Tuesday, August 29, 2017 at Sanford Hospital in Fargo, ND. A visitation will be held Friday, September 1, 2017 from 5:00 to 7:00 p.m. at the Bilden-Askew Funeral Home in Northwood.
Dwayne Mehus was born May 24, 1947 to Gunder and Judy Mehus. In the early 1970's, Dwayne owned and operated a small trucking business until the late 1980's. He continued his work as a farmhand for a few local farmers until the late 1990's. Dwayne enjoyed spending time with family and friends as well as his work.
Survivors include his daughter, Tara (Thomas) Williams, Bismarck, ND; brother, Jeroy (Debbie) Mehus, Hatton, ND; step-son, John Sondreal, Fargo, ND; brother-in-law, Steven Sander, Fairview, MT; as well as many nieces and nephews.
Preceding him in death were his parents, Judy and Gunder; grandparents and sister, Earleen Sander.

To order memorial trees or send flowers to the family in memory of Dwayne Mehus, please visit our flower store.