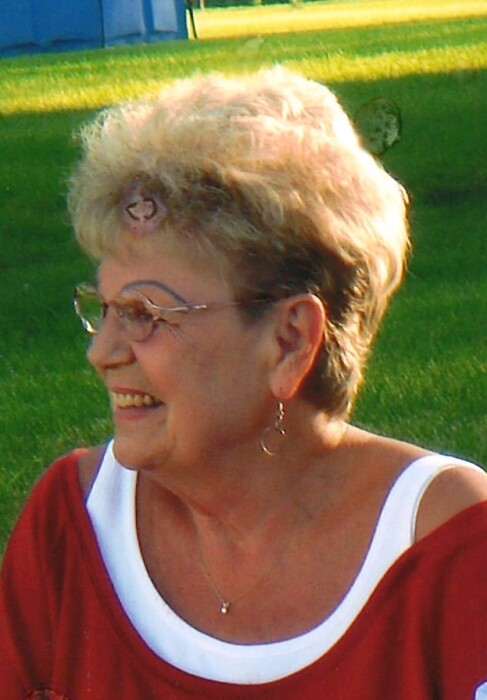 Dorla Hanson, 87, of Sharon, ND passed away Tuesday, November 10, 2020 at Aneta Parkview Health Center in Aneta, ND. A memorial service will be held at a later date.

Dorla Dene Hanson was born July 10th 1933 on Butte of Michaux in rural Griggs County to Clifford and Irene Stromsodt. She was followed two years later by one brother, Lenis. Her mother, Irene, was diagnosed with MS when Dorla was just seven, and it left Irene wheelchair bound.  From that point forward, Dorla had to run the household. She spent the next few years attending the one room school house down the road. She completed her education at Cooperstown High School in 1951.

A few years later she met the man she would spend the next nearly 70 years with, Harvey Hanson. They met at a dance just after he came home from Korea. They were married on May 25th 1957 at Ringsaker church in Griggs County. They then settled down on the family farm outside of Sharon, ND. Harvey spent the next few decades working the land, while Dorla raised three children; Deb, Shelly, and Steve. While she was raising her children, she also was taking care of her father, her father in law, and baking delicious treats for all. One of her longest friendships in her life was with her hair dresser of 50+ years, Joy. Dorla and Harvey have spent the last 65 years together at their farm where they enjoyed their time dearly with all of their kids, grandkids, and great grandchildren.

Dorla was proceeded in death by her mother, father, brother, and her granddaughter Jenny.

To order memorial trees or send flowers to the family in memory of Dorla Hanson, please visit our flower store.