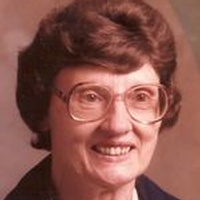 Funeral Services will be 1:00 pm, Saturday, November 22, 2008 at the Northwood Deaconess Health Center Chapel with burial in Lebanon Cemetery in Brinsmade, North Dakota.

Doris Irene Cunningham was born October 18, 1928 at Lakota, North Dakota. She was raised in Grafton where she lived for many years. She was united in marriage to Maurice Marsaa at United Lutheran Church in Grand Forks where they made their home. Maurice died September 12, 1986. She continued to live in Grand Forks until moving to Northwood in 2005. She later moved to the Northwood Deaconess Health Care Center.
She was a member of Trinity Free Lutheran Church in Grand Forks.


Doris is survived by her sister, Patty Ann Turner of Belmont, California; nieces and nephews also survive.
She was preceded in death by her husband, Maurice and sister, Shirley Tyner.

To order memorial trees or send flowers to the family in memory of Doris I. Marsaa, please visit our flower store.